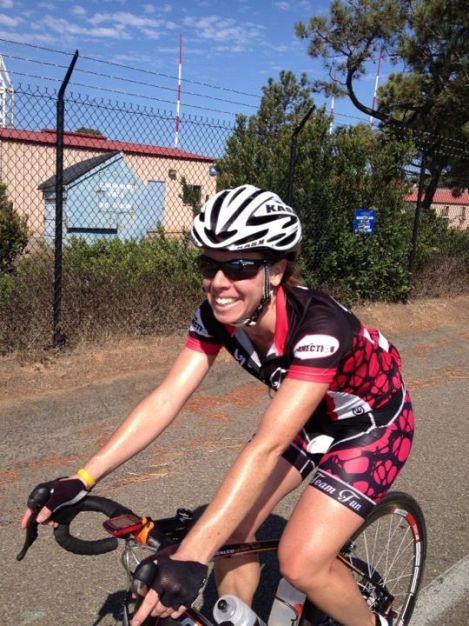 What fuels this fire? Let’s go back to 2007. One of my friends was training for triathlons and wanted me to join her on some bike rides. I hadn’t ridden a bike since I was a kid. I had the standard progression of bikes: hot wheels, huffy (pastel purple with “My Little Pony” motif), and then kind of an all around older kid bike I got for Christmas one year. When my friend asked me to join her I did not own a bike. She offered for me to borrow her friend’s bike. I agreed and borrowed. Borrowing that bike and venturing out just a few times was all it took. I was hooked. I immediately bought my own bike, helmet, shoes, and pedals. Starting to ride for me was pretty hilarious. I fell a lot. Getting used to the clip in pedals was tough. I’m sure it was comical to drivers and pedestrians to watch me spontaneously fall over at stop lights. I’m pretty stubborn so I practiced a lot. I would take off on all day rides on weekends alone. I would map new routes and explore all over San Diego. I would find myself in situations where I wasn’t sure if I would make it up a hill, but trying never killed me, so I kept doing it. I still considered myself a runner but cycling brought me the peace of mind that running never did. I could be gone for hours on end and by the end of the ride I would have all the problems of my world rationalized and understood in a better light. I saw myself getting better and I liked actually being GOOD at something.

I’ve been a runner for a while. And I certainly didn’t just drop running when I took up cycling. I just added it in. Cycling always came second to running. In October, 2010, I fractured two bones in my right foot. It was a complete freak accident. The fractures were pretty bad and had to see an orthopaedic doctor to determine if I needed surgery to mend my bones so they could actually heal. I ended up not needing surgery, but took 2.5 months to be able to walk without a walking boot or crutches. I wish I could explain the level of pure sadness I felt. I am a creature of the outdoors. I belong outside, sweating, dirty, and happy and not being able to do much of anything was very sad. Around Christmas I was learning to walk again after 2.5 months of non weight bearing. I had no control over my lower leg and foot. I had a limp that I was very embarrassed by and worked very hard to correct it quickly. My saving grace was a stationary bike.  It became my number one rehabilitation tool. It is how I gained strength and control over my right leg and foot again. By January I was back on the bike and by March I ran a half marathon. That August I ran a 50K.

Starting in the spring of 2013, I took some time off work and any school obligations once I was accepted to PT school here in San Diego. I devoted my entire being to cycling. I worked very hard and fell even more in love with cycling. I have never been through the amount of mental and physical pain that cycling can bring to the table. I am not that person that is just naturally good at anything. I have to work very hard for everything that I have and cycling is no different. I expect great things of myself. Cycling has only enhanced that attribute. It has helped to clarify so many aspects of life and to bring into focus what is most important. Through cycling I have met some really amazing people that have become amazing friends. They not only encourage and support me in cycling but they do the same with PT school. Being a part of Team Fun opens the door and allows me to be a part of a community that I love dearly. I am just so blessed to have two passions (PT and cycling) into which I can pour my heart and soul. Cycling has taken a bit of a hit since I’m usually studying or at school later than the sun is up, but I somehow find time to devote to the saddle. I will always find time for the bike. Pedal on.