This past Saturday was one of those perfect cycling days that makes the rest of the country pea green with envy.  While it was definitely on the chilly side to start, the sun came out in full strength right away and it was comfortably in the mid-60s for the ride.  We had seven riders in the A/B group, and three riders in the C group for our flattest ride of the year.  The A/B group was to take a comfortable pace for the full ~60 miles round trip from Oceanside Harbor to Dana Point Harbor, and the C group got in about 40 miles or so to their lunch spot at the San Onofre campground.

Let’s Be Fair – it was more like A group

And that’s my fault, I’d say – but I want to make sure the ladies on the ride realize how well they rode on such a long ride.  We maintained a nice, steady pace the entire way north with really no stops at all aside for a brief regrouping at the start of the rollers in San Clemente.  Although we claim the ride is “flat”, there are in fact quite a few shorter hills on this ride.  We took a well-earned snack break at Dana Point Harbor, which if some of the group had their way, would’ve included a pastry and an espresso.  That is definitely more appetizing than sports gummies, and in a perfect world, all of my rides would include a pastry and espresso in the middle (even the 20 mile ones), but a few of us had commitments post-ride (alas!).  If you’ve not been to Dana Point Harbor, it’s one of the prettier spots around – a cliff-lined harbor with plenty of cool boats and shade trees (and with clean bathrooms!).  Much of this ride is on off-road bike path and the elevation for the 60 miles is far below 2000ft – so if you are looking to try out what a metric century feels like, this might be the ride for you.

Now, where the ride really became like an A ride was on the return trip.  Something funny happens to my brain when I feel a headwind.  Often times, I tend to actually speed up into it.  I blame it on 10 years of living in southeast Idaho (where the southwest wind never stops blowing).  Once we started to head back into the San Onofre campground area, I got into a bit of a rhythm and we took the pace up north of 19mph, with much of the return trip more in the 20-ish zone.  The whole group stayed in a nice line, and we just cruised down the coast.  It was so enjoyable, I have to say!

We took the pace down a bit to finish through Camp Pendleton, where the roads are in quite a state of disrepair right now.  I might suggest giving this route a break for a few weeks until they get the road work finished.  I felt like the road conditions were worse on the way back than the way out… and when I say a state of disrepair, I mean they were pretty darn wretched – soft pavement in parts, cracks, holes, etc.

Aside from the road conditions through that one section, this was an outstanding metric century.  Jill and I took a little turn around the Oceanside Harbor to get exactly to a metric century so I could complete my first Strava distance challenge since July 2014.

The pictures tell the story better than I do.

Jill leads the group through an ocean front park in Dana Point on the return trip. 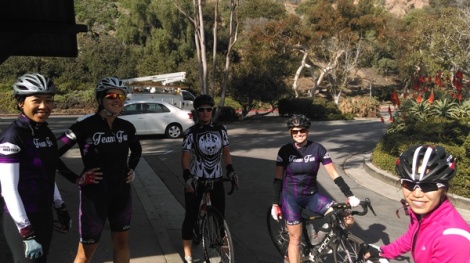 Janice, Heather, Penelope, Jill and Ariel post-snack. We were discussing where we are all from originally! (New Jersey, Pennsylvania, Kansas, Vietnam, and… Encinitas)

Jill is a master at the tunnel pictures (on Camp Pendleton) 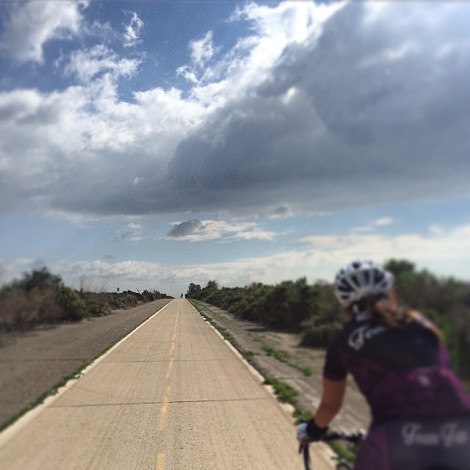 Heather riding into the wind, heading south toward Camp Pendleton 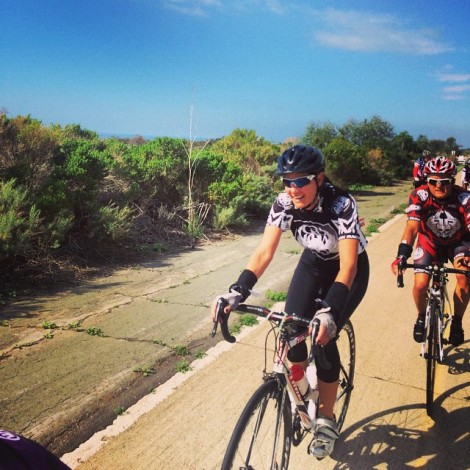 Penelope, still smiling as we approached the 50 mile point 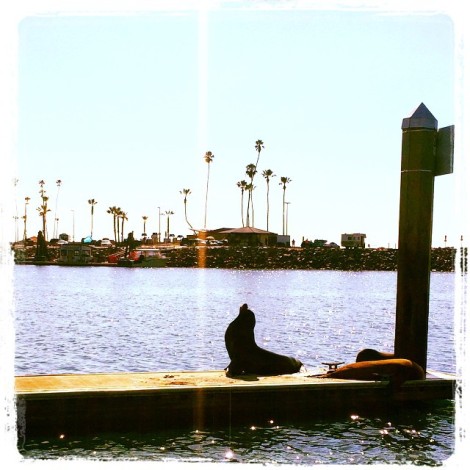 Jill made some friends in Oceanside at the end.

C Group – They know how to enjoy a ride

The C group consisted of Laura, Brielle and Martha this past Saturday, and Laura led the group on a great ride to the San Onofre Beach where they enjoyed a picnic. These ladies contributed some awesome pictures, and I’ll include them with their captions below. 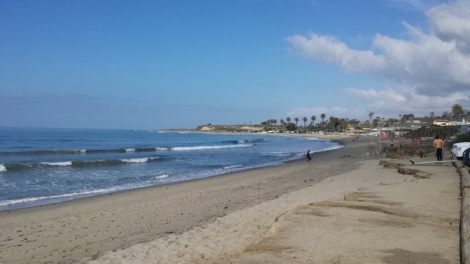 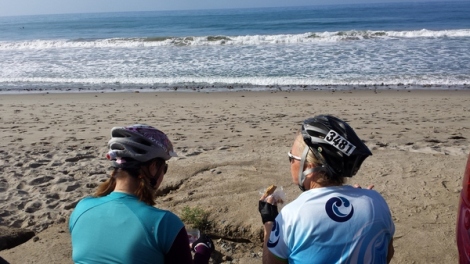 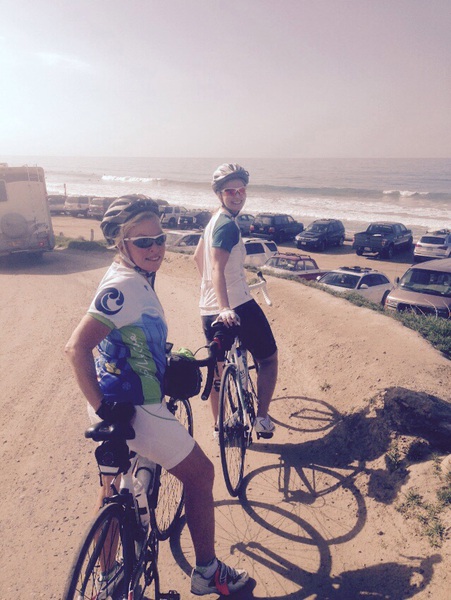 Beach brunch with the girls!

Give it up for Brielle who on top of the 42 miles, rode home another 20 miles to Solana Beach for a personal best of 62 miles in one day (and Brielle just started with us at the end of 2014 – she’s doing amazing!)

Join us this Saturday when we take on the Three Witches Climb (A, B, C), Twin Oaks (A/B), and possibly Double Peak (?).

RSVP on Meetup (preferred) or just show up